According to the Federal Highway Administration (FHWA), an increasing number of Americans are on the road during the month of October. In 2018, October’s total Vehicle Miles Traveled (VMT) was 269.8 billion miles—an 11-billion-mile increase from October 2013.

Of these fatal crashes, 1,015 had unbelted occupants involved. That’s nearly 1 in 3. 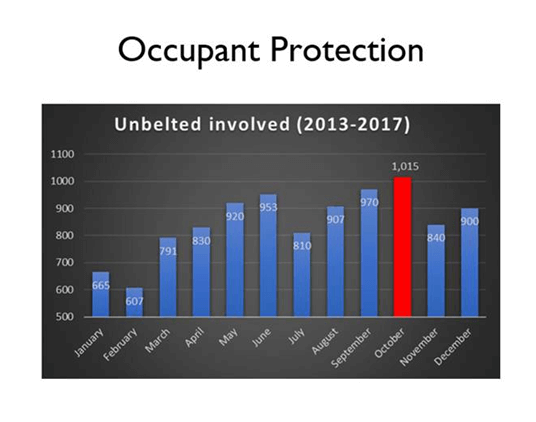 From 2013-2017 in Region 3, more fatal crashes occurred on Columbus Day Weekend (517) than the long weekends of Thanksgiving or Memorial Day.

Surprisingly, Columbus Day was the 2nd deadliest holiday of 2017 for Region 3, trailing only Independence Day.

What can you do during long trips to help prevent a fatal crash?