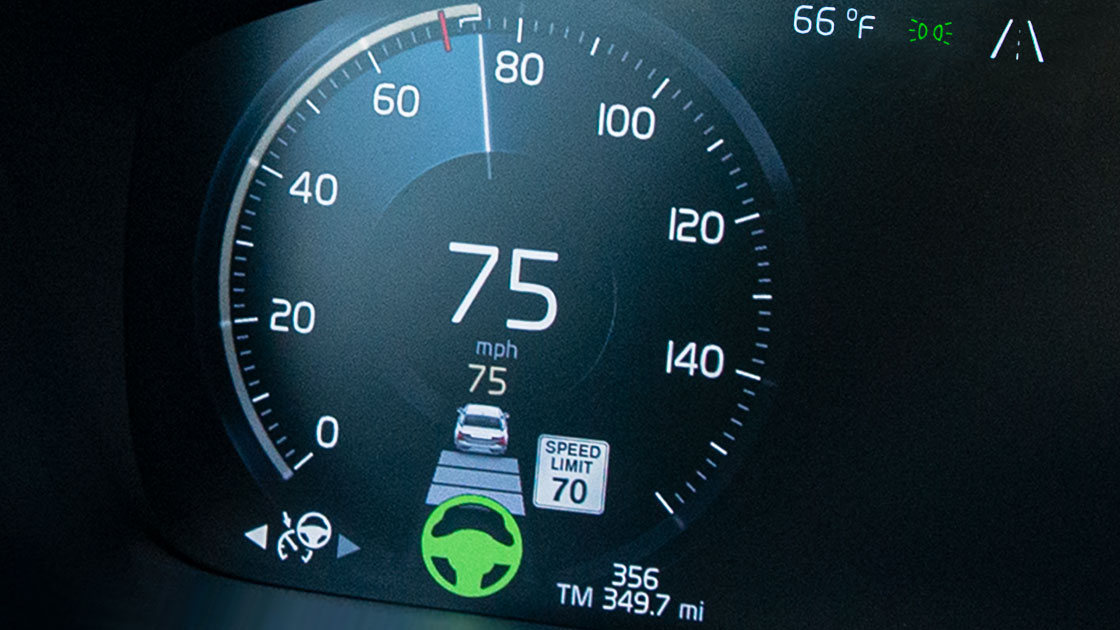 Drivers are using adaptive cruise control (ACC) as a tool for speeding, possibly undermining the feature’s potential safety benefits, a new study from the Insurance Institute for Highway Safety found.

Drivers are substantially more likely to speed when using ACC or partial automation that combines that feature with lane centering than when not using either technology, the study showed. When selecting a speed to “set and forget,” many drivers choose one that’s over the limit.

“ACC does have some safety benefits, but it’s important to consider how drivers might cancel out these benefits by misusing the system,” says IIHS Statistician Sam Monfort, the lead author of the paper. “Speed at impact is among the most important factors in whether or not a crash turns out to be fatal.”

ACC is a more advanced version of traditional cruise control that uses sensors to calculate and maintain a preselected following distance from the vehicle ahead, eliminating the need for the driver to repeatedly brake and reset the system. With the addition of lane centering, the vehicle also maintains its position within the travel lane automatically.

The systems on the market today don’t restrict drivers from setting speeds that are higher than the legal limit, and they require constant supervision by the driver because they’re not capable of handling certain common road features and driving scenarios.

Nevertheless, an analysis of insurance claims data by the IIHS-affiliated Highway Loss Data Institute and other research indicate that ACC may lower crash risk. Other studies have shown that these systems maintain a greater following distance at their default settings than most human drivers and suggested that they reduce the frequency of passing and other lane changes.

To find out the impact ACC and lane centering technologies have on speeding, IIHS researchers analyzed the behavior of 40 drivers from the Boston metro area over a four-week period using data collected by the Massachusetts Institute of Technology’s Advanced Vehicle Technology Consortium. These drivers were provided with a 2016 Land Rover Range Rover Evoque outfitted with ACC or with a 2017 Volvo S90 equipped with ACC and Pilot Assist — a partial automation system that combines ACC with lane centering. The data suggest that drivers were 24 percent more likely to drive over the speed limit on limited-access highways when those systems were turned on. The amount by which they exceeded the speed limit when they did speed was also greater when they were using the driver assistance features compared with driving manually.

Whether driving manually or using ACC or Pilot Assist, speeders exceeded the limit by the largest margin in zones with a 55 mph limit. In these areas, speeders averaged about 8 mph over the limit, compared with 5 mph in 60 mph and 65 mph zones. ACC also had the largest impact on how much they exceeded the limit in zones where it was 55 mph. In these slower zones, they averaged a little more than 1 mph higher over the limit when using ACC or Pilot Assist than they did driving manually.

That 1 mph increase may not sound like much. Leaving aside any other effect these features may have on crash risk, however, it means ACC and partial automation users are at about 10 percent higher risk of a fatal crash, according to a common formula for calculating probable crash outcomes. This study did not analyze real-world crashes.

The study did not account for several other factors that have been shown to reduce crash frequency and severity. For instance, it’s possible that drivers who set their systems at higher speeds also selected a greater following distance. ACC systems are also designed to respond sooner and less abruptly than human drivers when the vehicle ahead slows down.

Future research will need to balance these benefits against the effects of excess speeding to fully understand the technology’s impact on safety. Making systems more restrictive might be the answer, provided that limiting the maximum speed or linking it to posted limits doesn’t discourage risky drivers from using ACC altogether.

Both of the tested systems also allow drivers to bump their selected speed up or down by 5 mph increments at the touch of a button, which might at least partially explain why users exceeded the legal limit by larger amounts when they had the feature switched on.