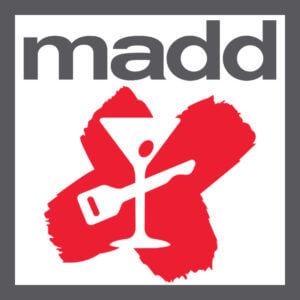 On April 6, 2018, MADD Virginia public awareness advertisements won Silver and Bronze at the 57th Annual OlympiAd, coordinated by the Richmond Ad Club and sponsored by the Richmond Times-Dispatch. The ads were created by Siddall and made possible by a grant from the Virginia Department of Motor Vehicles, Governors Highway Safety Office.

“He Didn’t” – the story of 8-year-old Joshua Adams who was killed by a drunk driver on Mother’s Day won Silver. The overall ad campaign won bronze. It included “He Didn’t”, “She Didn’t” – the story of recent nursing school graduate Melissa Haislip who was killed on her way home from work by an impaired driver and “Creepy Drinks” a more in your face appeal to not drive drunk that ended by highlighting Virginia victims killed by impaired drivers. Those victims are Jacklyn Butler, Robin Gustafson, Jerry Minkins, Kevin Harrah, Sheila McCowan, Yolanda McCowan, and Robert Cooper.

In the one month the ad campaign ran on Facebook last September, they had 3 million views.