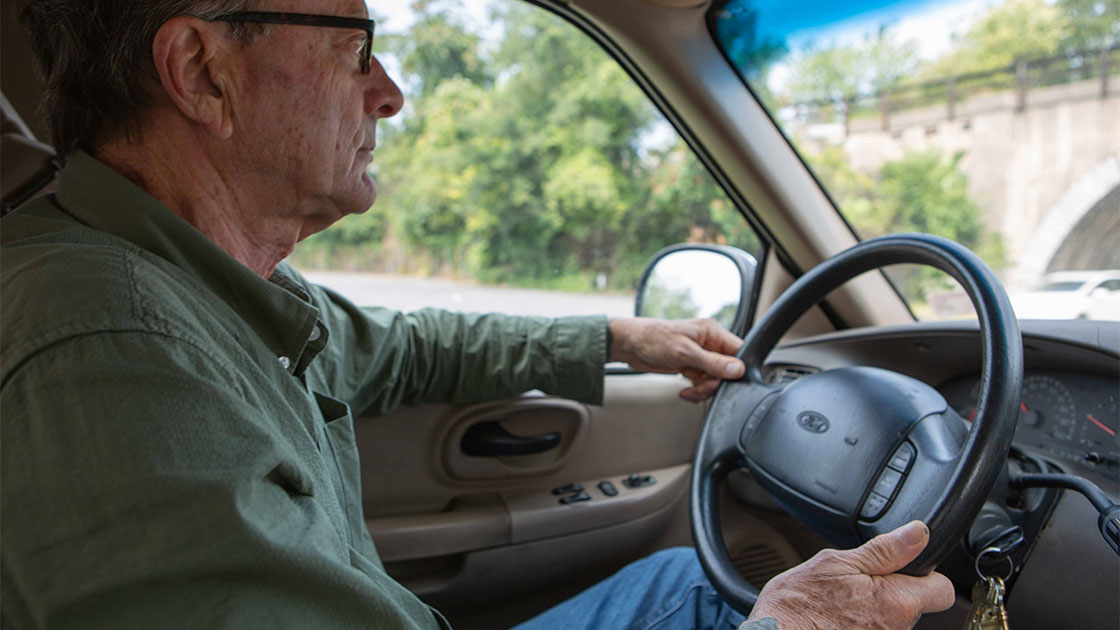 Older drivers, who are less likely to survive severe crashes than any other age group, also tend to drive outdated vehicles that lack crucial safety features, recent studies from the Insurance Institute for Highway Safety show.

Healthier than ever before, Americans in their 70s and 80s are driving more miles and crashing less often than in past decades. But age-related fragility still makes older drivers less likely to survive crashes than other demographics. Drivers 75 and older are about 4 times as likely to die as middle-aged drivers when they’re involved in a side-impact crash and about 3 times as likely to die in a frontal crash, a previous IIHS study found.

Two new studies show that drivers 70 and over tend to drive older, smaller vehicles that are not equipped with important safety features. The first study compared the vehicles driven by 1.5 million crash-involved Florida drivers ages 35-54 and 70 and older over 2014-18. The second surveyed 900 drivers in those age groups from various states about the factors that influenced their most recent vehicle purchase.

“Persuading older drivers to take another look at the vehicles they’re driving could reduce crash fatalities substantially,” says Jessica Cicchino, IIHS vice president of research and a co-author of both studies. “One big challenge is that, for those on a fixed income, cost often overrides other concerns.”

In addition, as driver age increased, vehicles were less likely to be equipped with electronic stability control (ESC) and head-protecting side airbags as standard features. Vehicles without ESC were associated with 37 percent higher odds of driver fatality for drivers 70 and over, while vehicles without standard head-protecting side airbags were associated with double the odds of an older driver fatality.

Sedans and hatchbacks were also more common among older drivers, with the proportion of people driving midsize passenger cars increasing and the numbers driving SUVs declining with age. Along with vehicle design and safety features, vehicle size and weight are important factors in crash survival, since the occupants of smaller vehicles are exposed to greater forces in collisions with larger ones.

Finally, drivers 75 and older were significantly less likely to drive vehicles with good ratings in the IIHS moderate overlap front and original side crash tests than drivers ages 35-54.

“All these vehicle characteristics have big impacts on crash survival rates, and older drivers are more often driving the least-safe vehicles by every parameter,” says Cicchino. “This only gets worse as their age increases, since many older adults stick with a single ‘retirement vehicle’ for the remainder of their driving years.”

By comparing the average fatality risk for the vehicles driven by drivers age 70 and older and drivers ages 35-54, the researchers determined that crash fatalities could be reduced by 3 percent for drivers 70 and older and 5 percent for drivers 80 and older if they drove vehicles with the same safety profile as their middle-aged counterparts. Based on the crash data for 2019, that would translate to about 90 lives saved a year.

One reason older drivers have less safe vehicles is that they don’t understand the value of advanced safety features or good safety ratings, the survey showed.

When choosing their current vehicle, drivers 70 and older were less likely than middle-aged drivers to have required ESC, blind spot monitoring, side or curtain airbags, and forward collision warning or automatic emergency braking (AEB). Only about a quarter of older drivers said they required AEB, compared with 40 percent of middle-aged drivers, for example.

In all age groups, most drivers agreed that a 10-year-old, well-maintained car with low mileage is just as safe as a new one — though drivers 70 and older were substantially more likely to report owning a vehicle of that vintage. Notably, the older drivers who owned the newest vehicles were most likely to disagree with that statement, as well as to report more than $75,000 in annual household income.

“The older drivers who participated in the survey didn’t appear to understand the value of today’s vehicle safety features,” Cicchino says. “At the same time, they perceived less need to replace their older vehicles because they don’t drive many miles per year and think of low mileage as synonymous with overall vehicle safety.”

That’s especially problematic because statistics show that crash risk per mile is higher for drivers who drive less, particularly those who travel fewer than 3,000 miles a year, than for those who log more travel. Driving on local roads is in fact riskier than highway driving, so the tendency of older drivers to restrict their highway travel and stay within their local areas means they accumulate most of their mileage in riskier conditions.