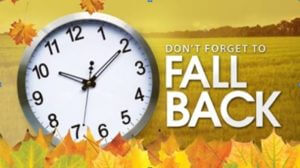 Drowsy driving crashes can happen any time, but most consistently occur late at night, in the early pre-dawn hours, or in the mid-afternoon.  Age can play a significant factor as well.  Research conducted in 2012 by the AAA Foundation for Traffic Safety shows that crash-involved drivers ages 16-24 were nearly twice as likely to be drowsy at the time of their crash in comparison to drivers ages 40-59.  Drivers age 24 and younger were most likely to report having fallen asleep at the wheel in the past year, and they were least likely to report having never fallen asleep at the wheel.

So, be aware of sleepiness while  adjusting to the end of Daylight Savings.  Every year, the time change disrupts sleep patterns and may result in sleep-deprived drivers struggling with concentration behind the wheel.  That phenomenon typically expresses itself with the day feeling longer because people’s internal clocks will, at the outset, still have them waking up an hour early.  You could also feel tired earlier in the evening — overlapping with commute hours — until your body adjusts.