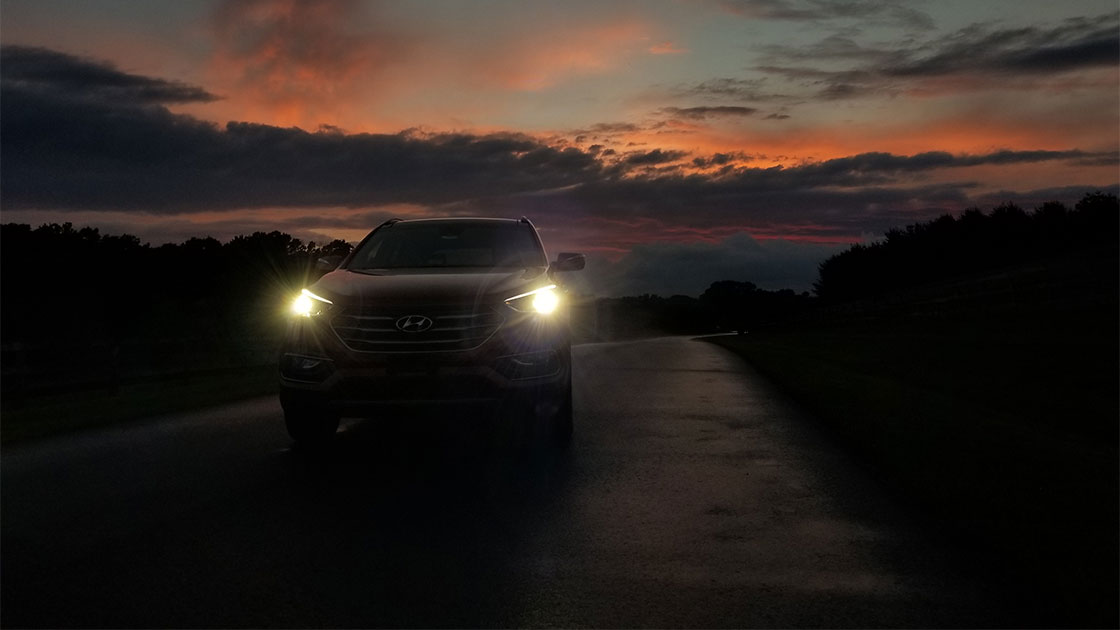 “Driving at night is 3 times as risky as driving during the day,” says IIHS Senior Research Engineer Matthew Brumbelow, who conducted the study. “This is the first study to document how much headlights that provide better illumination can help.” 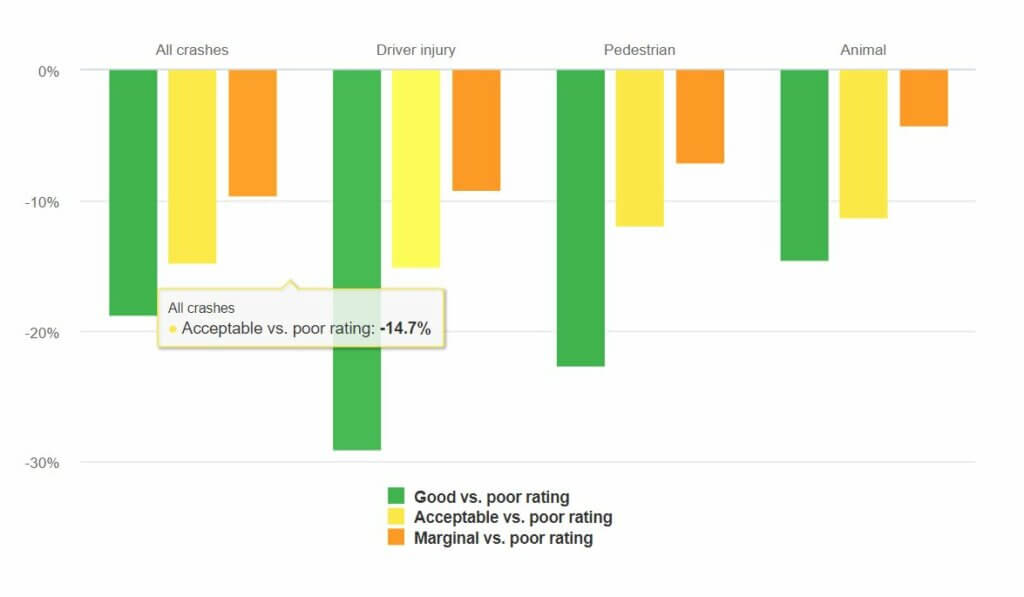 Until 2016, when IIHS launched its headlight ratings program, neither drivers nor researchers had any real way to compare how well different headlights lit up the roadway. The illumination provided by different headlights in real-world conditions varied greatly, but the outdated federal standard effectively branded them all equal. Five years on, IIHS has rated around 1,000 different headlight systems, allowing Brumbelow to examine how headlights with good, acceptable, marginal and poor ratings affect crash rates.

Brumbelow first identified 187 vehicle models from model years 2015 to 2020 that were either available with a single IIHS-rated headlight system or multiple systems that could be determined by the vehicle identification number (VIN). He then examined police-reported crashes involving those vehicles from 11 states that maintain especially detailed records and isolated around 44,000 single-vehicle crashes that happened in darkness. He adjusted the ratings to exclude any point deductions for excessive glare because it is not a factor in single-vehicle crashes.

Brumbelow also found that the reductions were greater for specific types of crashes. Compared with poor ones, good-rated headlights reduced the rate of crashes in which the driver was injured by 29 percent and the rates of tow-away crashes and pedestrian crashes by about a quarter each.

“These real-world results show that better scores in our headlight tests translate into safer nighttime driving on the road, which is of course what really matters,” says Brumbelow.

Those reductions make clear that federal headlight regulations, which have not changed significantly since 1968, are not stringent enough. The federal standard specifies minimum and maximum brightness levels for headlights at various angles. However, it focuses on the headlight itself, without considering how well it is aimed once it is installed on a particular vehicle or how newer technologies such as curve-adaptive headlights may change that orientation when the vehicle is moving.

In contrast, IIHS uses vehicles driven on a test track to conduct its evaluations. The ratings are based on how far the low and high beams illuminate the path to 5 lux on curves and straightaways while traveling at 40-50 mph. Points are also deducted for glare that can temporarily blind oncoming drivers. (For reference, the end of twilight on a clear day is about 3 lux and the ambient light in the hallway of a typical office building is about 80).

Performance varies greatly. The low-beam illumination of headlights evaluated by IIHS ranges from 125 feet to 460 feet. For the driver of a vehicle going 50 mph, that means a difference of 2 seconds versus 6 seconds to recognize a potential hazard and respond by braking or steering.

Since the program began, the proportion of headlights earning a good rating has increased from 4 percent to 29 percent. Irrespective of their ratings, the average low-beam illumination distance for all the headlights tested rose from less than 180 feet to more than 200 feet.

Though Brumbelow did not consider excessive glare in his analysis, measuring glare to oncoming drivers is also an important part of IIHS evaluations. Here, too, the ratings have driven improvements. In 2016, the headlight systems rated by IIHS emitted 15 percent more glare on average than the level IIHS determined to be acceptable. In 2020, average glare was 10 percent below that threshold.

The difference is sometimes stark. The headlights on one recently evaluated vehicle, the 2022 Mitsubishi Outlander, went from poor to good due solely to aim adjustments the manufacturer made to reduce glare in its bid for a TOP SAFETY PICK+ award, IIHS Manager of Active Safety Testing David Aylor points out.

“Based on some of the comments we get on social media, it seems like some people think we’re just pushing brighter headlights and ignoring glare,” Aylor says. “The reality is quite the opposite.”

Quality headlights have also become easier for customers to find as the Institute’s award criteria have evolved.

That recent move has accelerated the disappearance of substandard headlights from the market and prompted manufacturers to simplify their offerings. Between 2019 and 2021, manufacturers reduced the number of headlight systems available for each vehicle model by 17 percent. Now many automakers are equipping models with a single, good-rated headlight system as standard equipment. Examples include the 2021 Acura RDX, BMW 5 series, Hyundai Palisade and Subaru Outback.

Automakers have made midyear design changes to nearly 200 headlight systems in the quest for one of the two awards. Genesis went as far as to undertake a service campaign to make free, retroactive adjustments for buyers of the 2021 Genesis G80 to make sure it qualified for the highest accolade.

“Our awards have been a huge motivator for automakers to improve their headlights,” Brumbelow says. “Now, with our new study, we have confirmation that these improvements are saving lives.”